From Kings of New York
Jump to navigation Jump to search

Buried Beneath the heart of New York City, in Manhattan lies a secret club known as the Underworld. This exclusive club is by invite only, and to get in you have to either know someone or make a name for yourself big enough to get recognized. In truth, while mortals do gather at the Underworld, all manner of the supernatural life of the city can be found here instead. Away from the structures of their society, these creatures and mortals in the know gather. While on the surface they all deal with the grander issues of the city itself; in the Underworld is you get to see the layers that support the city. While the vampires worry away about ancient horrors and the end times, or the werewolves in their bloody war, in the Underground the street and how the city works is all that matters. Here any supernatural can pick up a job, make friends and associates, and gain reputation in the streets of the city. Let the elders worry about tomorrow, you only care about tonight.

The movers and shakers of New York can always be found at the club looking for up and comers to take needed jobs for the city. In the underworld, anyone can carve a name for themselves. The club itself is something of a late 1980s vomit of gothic punk style. Cracked leather seats and the smell of cigarette smoke lingers in the air. Rumors spread like high school gossip here, and the bar is the best place to get the latest dish. Various dancers, including of the exotic kind dance on tables and on the floor. Luring others to spend their cash or stories. While the world of the Underworld is always spinning with new chances and opportunities, most of its frequent visitors believe it’s better to burn out then fade away. 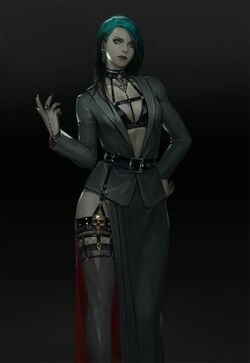 While the owner of the Underworld is unknown, Lelia is the closest thing to it. As far as anyone can remember she’s been here since it opened in the late 1800s. Lelia is the first person most people meet when they enter the Underworld and is the best source of general information in the club. If anybody is anybody, Lelia knows them. While she manages the club and oversees the bar; she sometimes have jobs she needs to be done for the city on occasion. Lelia is overtly friendly and happy to point people in the right direction when they first get started in the Underworld. Most of the people who call the Underworld home owe her their start and would die to defend her and the club if need be. 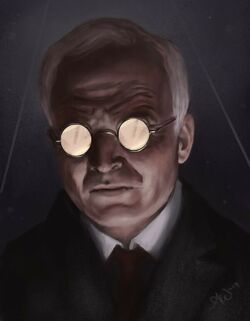 A shadowy individual, the person known only as the broker is the source of the occult in New York City. Only those with those desires inline are offered a seat at his table and odd jobs he provides. Wither its cults, ancient demons, alien creatures, the broker is the man to talk to. He seems to know much of everything related to the occult and supernatural of the city. He is very direct and cold in his interactions, but he pays well. While not a terribly popular individual in the Underworld, but everyone knows if it’s weird he is the man to talk to. 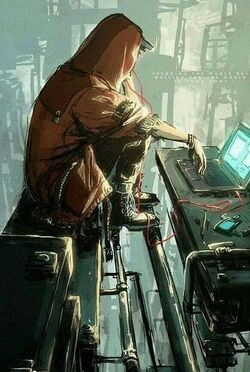 The Master of the Dark Web in New York city has many famous hackers, but the man known only as crow is one of the top players. If it’s corporate espionage, city corruption, or illegal trade or trafficking on the net crow is the man to know about it. His jobs are often involving technology in nature. Crow himself is something of a socially awkward rebel. He comes from the occupy Wall Street movement and believes in over throwing the man. If left to talk he is a web of online conspiracies and wealth of information on the corrupt corporations that call New York home. 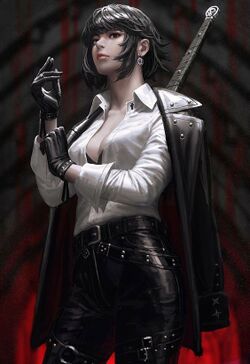 Everyone respects Jet as the queen of all matters dealing with China Town of New York City. Jet is the go between for the Triads, Tong, and Yakauza of the city. If its illegal gang activates or china town related; Jet is the source for information. Something of a rebellious Japanese punk kid, Jet treats anyone who proves themselves with respect. If you show her respect, she will show you the same. If you cross Jet you will learn why they call her the street Samurai. Jet offers jobs related to China Town and Asian corporations in the city. 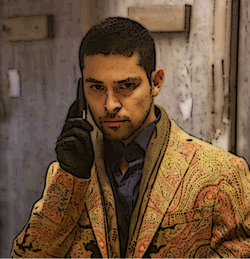 When people first come to the Underworld Santiago usually gives them their first job. It is unknown whose ghoul among the lasombra he is exactly, but whoever it is, they are powerful and influential. Santiago’s specialties are the streets and gangs of New York. He runs the drugs and sex trade in the city. Its said no crime in the city is done without Santiago knowing about it. If you need a job starting out; Santiago is the one to go to. 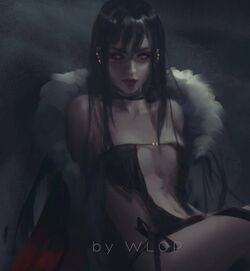 The Enigmatic dancer of the Underworld, Karma is the head of the flock. Her moves flow like magic and her beauty is surpassed by few. She has gotten many patrons of the club to spend thousands of dollars on her and the club. While she is an employee of the club her connections around the city are without question. She knows all the rumors and stories around the city. To others Karma is into with all her desire to whoever she is talking to. Every once and a while Karama even has jobs for those who fall in love with her.